THE VANISHED HERITAGE OF KARACHI

It was built in 1883 and was located half a mile east of the Merewether Tower on M. A. Jinnah Road. The market used to be about a 150 yards long, and was cut in the middle by Marriott Road. This market was unfortunately demolished to make way for a commercial building.

The Lombard Market: Judging from the buildings in the background, it was probably located near the current Pakistan Chowk. But could easily have been at Regal or somewhere else. I would like to know when it was demolished, when it was built, and where it was located. 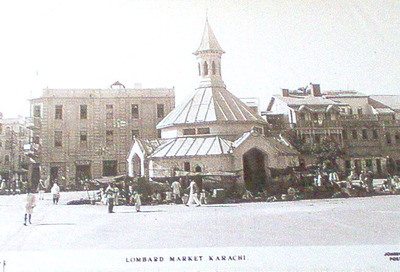 This hotel was originally established as Mama's Palace after World War I, by Parsi entrepreneur Mama who had profited greatly from the War. Mama later went into debt and lost the property to the Punjab National Bank which could not find any hotel operators willing to occupy the building owing to a lack of guest rooms. In the early 1930's Sidney Marder, the operator of the Killarney Hotel near the railway station in Karachi, approached the bank and convinced them to erect an annex of guest rooms behind the building. The Killarney Hotel moved to this new premises in 1933-34, and renamed the building as the Killarney Hotel - Marder's Palace. This building does not exist any more as it was demolished to clear the site for the construction of the Karachi Sheraton Hotel.
(information contributed by Jonathan B. Marder, grandson of Sidney Marder who owned this establishment) 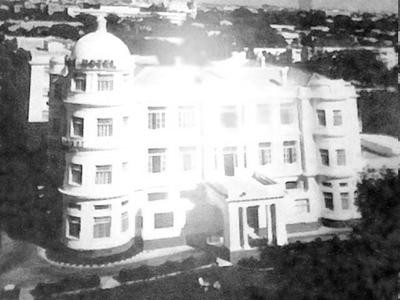 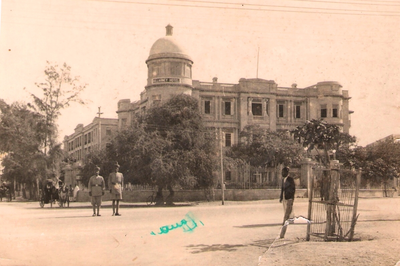